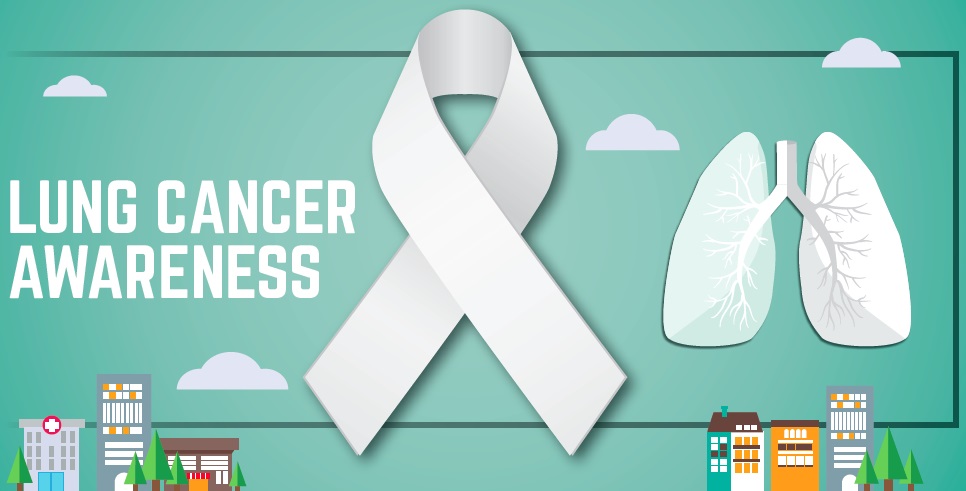 Symptoms that may be seen when lung cancer has spread include:

Any persistent, unusual or unexplained symptom should be checked out by a doctor.

Lung cancer is the uncontrolled growth of abnormal cells in one or both lungs. As they grow, the abnormal cells can form tumours, and interfere with the functioning of the
lung, which provides oxygen to the body via the blood. Lung cancer is amongst the top five most common cancers in South Africa. Almost twice as many men get lung cancer compared to women.

The National Cancer Registry states that, in 2014, 2727 cases of lung cancer were reported in South Africa.

THERE ARE TWO MAIN TYPES OF LUNG CANCER:

Other risk factors include:

LUNG CANCER STARTS WHEN CELLS OF THE LUNG BECOME ABNORMAL AND BEGIN TO GROW OUT OF CONTROL. AS MORE CANCER CELLS DEVELOP, THEY CAN FORM INTO A TUMOUR AND THEN SPREAD TO OTHER AREAS OF THE BODY.

LIKE ALL CANCERS, LUNG CANCER IS BEST TREATED WHEN CAUGHT EARLY

TIPS TO HELP YOU GET YOUR QUESTIONS ANSWERED

Your health care team should make time to explain the treatment options and answer your questions. Here are some tips to help you communicate better with the members of the team:

This educational material has been approved by: · NDOH · Professor of oncologist : Prof Ruff · C4C medical advisor The material is aligned with the government policies in which c4c are members of.