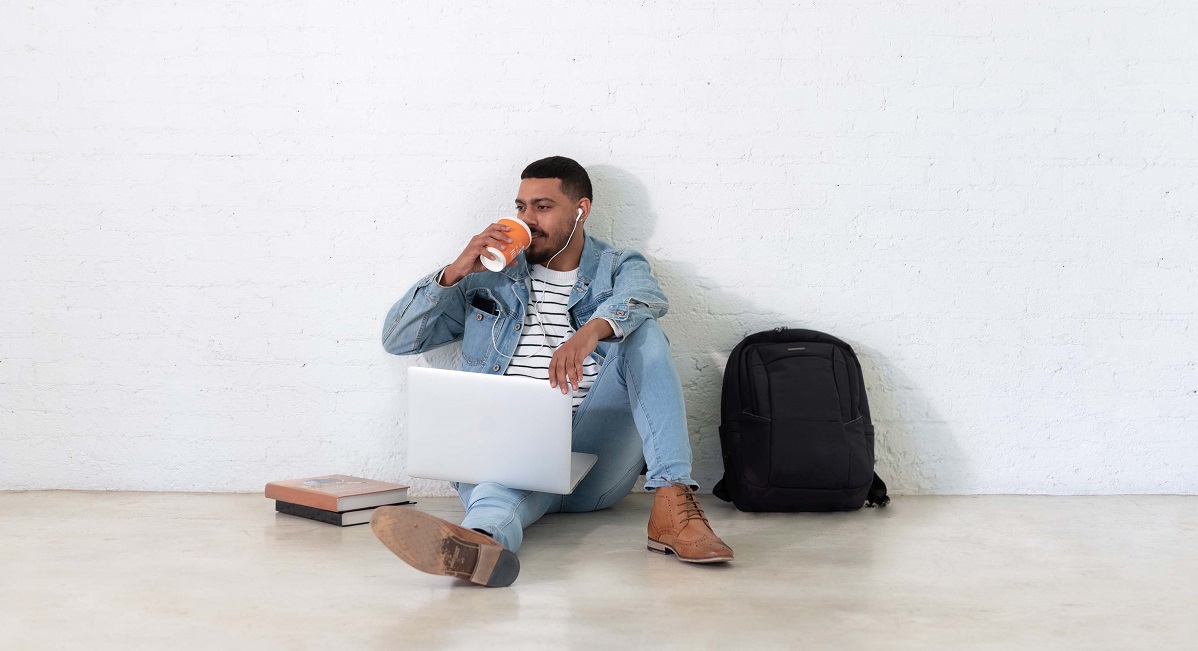 An allergy is an immune response to typically harmless substances in the environment such as pollen or dust, with symptoms that may include sneezing, a stuffy nose and itchy eyes.

Allergy occurs when a person’s immune system reacts to substances known as allergens in the environment that are harmless for most people.3

When a person who is allergic to a particular allergen comes into contact with it, an allergic reaction occurs. This begins when the allergen (for example, pollen) enters the body, triggering an antibody response.

The antibodies attach themselves to special cells, called mast cells. When the pollen comes into contact with the antibodies, the mast cells respond by releasing certain substances, one of which is called histamine. When the release of histamine is due to an allergen, the resulting swelling and inflammation is extremely irritating and uncomfortable.3 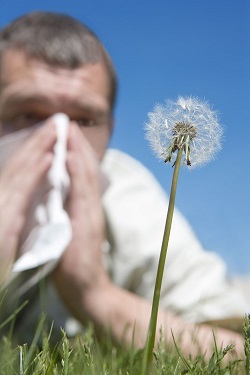 The substance that triggers an allergic reaction is called an allergen. These include:

ALLERGIES AND THE IMMUNE SYSTEM1,2

The primary function of the immune system is to defend the body from disease-causing organisms such as viruses and bacteria, resulting in an inflammatory response. Similarly, allergic subjects exposed to allergens develop allergic inflammation as part of the allergic reaction with associated unwanted side effects which can vary in severity.1,2,3

SYMPTOMS: WHAT TO LOOK OUT FOR2,5

The different stages of an allergic reaction

A substance called histamine is one of the mediators released within minutes of being exposed to the allergen.  These mediators are responsible for some of the general symptoms associated with allergic rhinitis such as sneezing, itching, a runny nose, watery eyes, swelling or nasal congestion. This also mediates inflammation.

After 4 to 6 hours of exposure to the allergen, tissues become red and swollen due to the arrival of other inflammatory cells to the area e.g. eosinophils, macrophages, basophils. 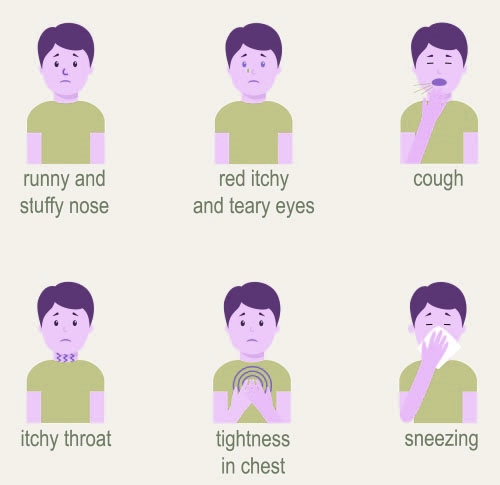 An allergic reaction can affect any part of the body. However, the skin, nose, eyes and lungs are mainly affected.

Early phase response of exposure to an allergen may include:

Identifiable by the redness and swelling around the sting area, which for most people goes away after a while, insect bites or stings are mostly caused by bees and wasps. Some people have almost no reaction while others have an extreme allergic reaction (anaphylactic shock), which can be life-threatening.7

Atopic dermatitis is the most common form of eczema and is mostly caused by allergens. Showing up as itchy, dry patches it can affect the entire skin or specific areas only such as arms, legs, face or neck, and the area affected may become infected.

Allergic rhinitis causes the nose to become blocked, which in turn blocks the sinuses – the cavities located near the eyes behind the nose.

Various conditions can cause sinusitis, including the common cold but when the nasal and sinus cavities become inflamed due to allergy it is called rhinosinusitis.

In other words, allergic rhinitis can lead to sinusitis. 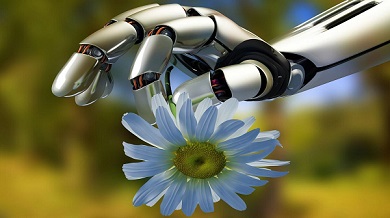 While there is no guaranteed cure for allergic reactions, the symptoms can be:

Steps to reduce exposure to allergens4,7

Avoid exposure to triggers by allergy-proofing your environment and encouraging behavioural changes as follows:

Allergies can make the simplest activities difficult so it is important to get the best symptom control possible. 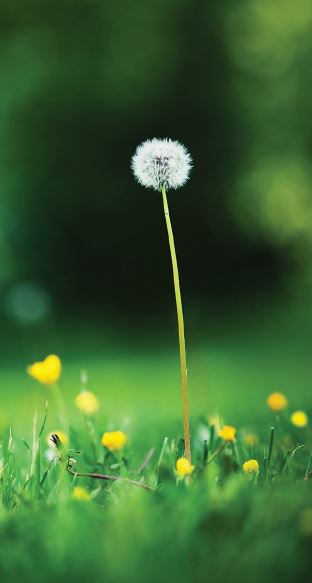